During a tough year for a lot of people you have to make the most our of a situation. As a content creator that is comfortable behind the camera and in front of it I created my own opportunity while in Kuala Lumpur Malaysia. I reached our to Andrew Henderson of the Nomad Capitalist for a video interview. You can read his book here.

Andrew is a hard-worker. If you look at his online social media channels in particular his youtube channel you will see how active he is. He has amassed 127000 youtube subscribers without even monetizing on it. Watch the video to find out why.

Some traditional mindsets might think his ideas are quite extreme. Go where you are treated best to even renouncing his American Citizenship. For someone that has already experienced better treatment in other countries like Malaysia I can relate to Andrew on some levels.

Even as a content creator that is trying to reach new heights I may one day look at the possibilities down the road for reducing my taxes legally. I encourage you to watch the Full Interview. You can listen to the Full Audio Interview on your favorite podcast channel on the Greg Hung Show in July. 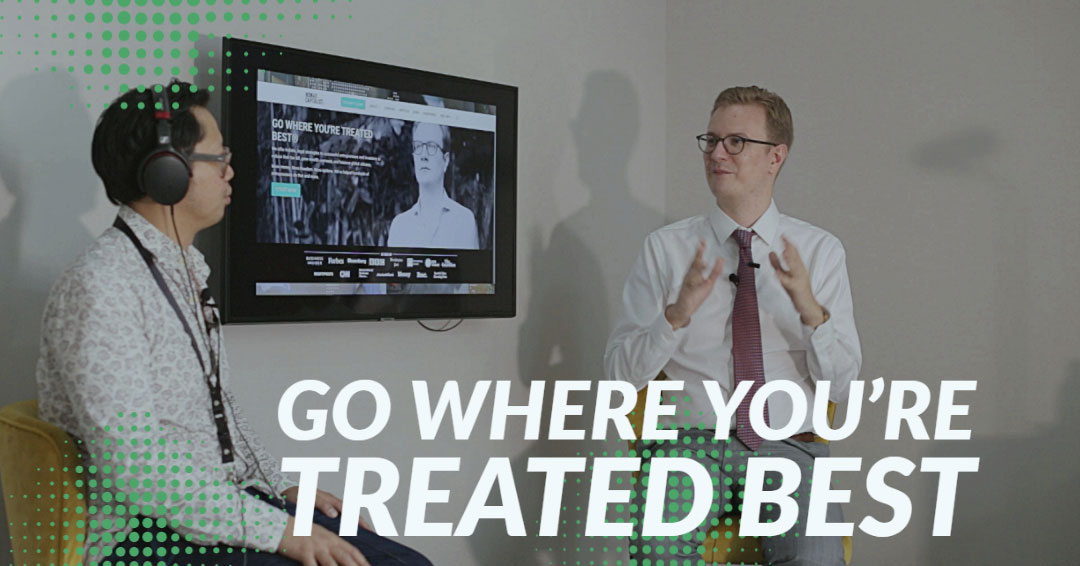 I was a one man band here conducting the interview and filming. It’s quiet challenging to do a 2 camera interview with 3 audio sources while being in front of the camera. I took half the day to setup my gear. You check out my full gear list and active links on my gear page

I filmed the primary camera on my Panasonic GH5 at 4K resolution to crop in with the 24-105 Canon lens on Viltrox lens adaptor. This was not the most flattering angle, but my options were a bit limited in the room plus I was hosting an interview so I had limited time and no assistants to help monitor. I attached a wireless Saramonic Lav microphone for primary audio and I used a wired lav mic to the H5 Zoom recorder.

The second camera I filmed with a Canon SLR 50mm F1.4 and my Rode Video Mic Pro for a 3rd audio backup source.

I also used my Rode Interview SCL6 kit for backup audio. I ended up using the audio from here as were less files to synch. This resulted in a lot of wires ,but I wanted to capture good audio at all costs and have an audio backup.

For the lighting I used natural lighting and an led light. The lighting changed quickly during the hour and I had to make exposure adjustments in post production later on.

I edited the Video in Adobe Premiere Pro and my first pass I just synched the audio with the primary camera. After trimming the video and audio on this first pass I synched it with the second camera angle for a second revision. The 3rd pass I added titles and plenty of Broll from storyblocks.com using my membership and some of the footage from chicvoyageproductions.com this site.