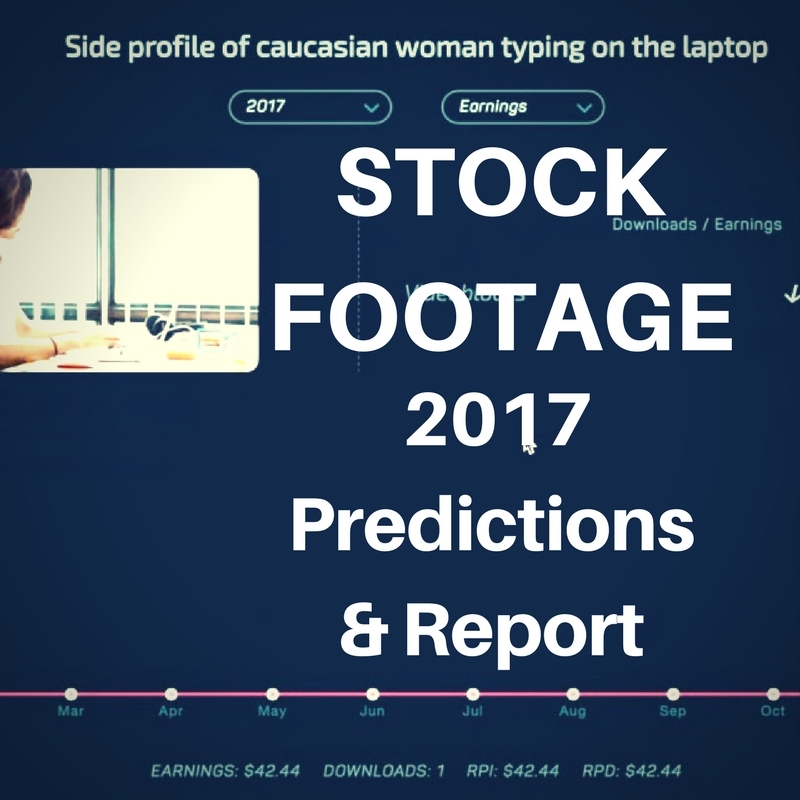 I’ve looked at sales data across my stock footage collection across multiple agencies to analyze trends in 2017. It’s really difficult to get actual trends (visuals) based on real sales data. Stock Agencies do release trend information, but they only get as deep as categories like aerials, fitness, or authentic footage. That is helpful, but most of already know this and it’s just too general. If you could cast net like a large collection online across agencies and analyze real sales data (visuals) you can then scale your efforts using data trends. For example, if I saw many video clips that sold of the signage of famous landmarks. I would then make sure to film footage of famous landmark signs instead of spending a lot of time filming the actual landmark because there is a lot of competition for those shots. The problem is it takes time, effort, and money to cast this wide net. Fortunately I already have done this and offer access to this information that I’ve put into my 2017 Stock Footage Report.
I’ve also looked at wider trends as a full-time travel videographer that will impact the stock footage landscape. Here are some of my stock footage predictions for 2017:

We saw more drones like DJI Mavic, Go Pro Karma, and Inspire 2 been released. That doesn’t include the lower cost drones and the existing models that become cheaper with each new product release. These newer models are becoming more automated and safe allowing more people to become aerial videographers. That doesn’t mean that all drone owners will shoot for stock footage. In my 2017 Stock footage Intelligence report I saw that 4 of my top 12 best selling clips are now aerials on Shutterstock. My best selling stock footage aerial footage shot in Fall 2015 has grossed $617.51 US. There are a lot of capable drones available at $1000 Us and under. 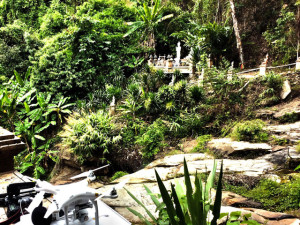 There are more camera’s that are 4k ready at different price ranges and capabilities. The DJI osmo is a stabilized video camera capable of 4k video that I currently wield. This enables you to get amazing POV shots not possible with an SLR camera. Canon was late to the party, but introduced the Canon 5d Mark 4 with 4k video capabilities recently. 4k mirrorless camera’s like the Sony A7S2 are known as 4k low light monsters.Most drones from the DJI Mavic to the Phantom 4 offer 4k video but from a fixed lens. However, in 2017 expect to see more diversity of 4k footage coming from 4k cameras with interchangeable lenses from closeup shots to incredible 4k nightlife footage. The question is do customers want to pay the premium for 4k footage? I’ve seen customers opt for the HD version of my 4k footage many times last year. However, I’m expecting the price of 4k monitors to decrease so perhaps this will be the big year for 4k video. Let’s see

360 Video is within reach

If you see my free 2017 media creator guide you’ll see that 360 4k video camera’s like the Kodak Prixpro 360 are available at the $500 US range. Video blocks and Pond 5 offered support for 360 video in 2016 so the opportunity is there to be an early adopter and own this niche. I’m already seeing some of my friends post 360 photos on facebook. 4k 360 Video is not far behind. 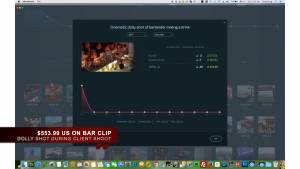 Tools to analyze your collection across agencies are improving

Most stock footage contributors use a non-exclusive agency to sell their footage on 4 or more agencies. This is a practice I recommend. The problem is it is time consuming to identify sales trends. It’s a very manual and time consuming task. I used stock performer and lately I’ve used Microstockr to automate this task into pretty and easy to use dashboards. This stock footage intelligence video itself was recorded with Microstockr.