It’s now possible to edit amazing drone videos straight from your smartphone after your flight in under 20 minutes. In this video I share how to do it using the DJI Go app. This video is a part of the online course, but I also share how to use other apps like Adobe Clip, Gopro Quik, and Inshot to do this.  You can find all these tutorials in the course:
How to Edit Drone and 4K Footage with your Smartphone in under 20 minutes

As a Videographer myself I know that we want a faster and easier way to edit the amazing footage we just shot as quick as possible. We don’t always have the time and motivation to edit an entire video project on our computers. Sometimes we just want to get out a quick 1 minute video to share on instagram, youtube, or facebook.

Perhaps you want to create short videos for facebook ads?

Maybe you’re on a 10 hour plane flight and you want to make productive use of your time to edit some videos. Maybe you don’t want to bring out your laptop.

Thanks to the latest generation of smartphones that have powerful enough memory and cpu to handle 4K footage we can now edit videos with our smartphone. With the knowledge you get out of this course you will be able to edit 4K footage and drone videos from your phone using a variety of apps that are support on Android and Apple IOS. Check out this Free Video that will walk you step by step using the popular DJI Go app to edit a video on your smartphone. The problem with the dji go app is that you’re limited to footage shot with dji products. If you’re interested in learning more about smartphone of mobile video editing with other apps like Gopro Quik, Adobe Clip, or inshot check out my new course.

If you use the Adobe Creative Cloud I’ll cover a workflow allowing you to create a quick smartphone edit with Adobe Clip and allow you to export the project the Adobe Premiere later on for a more in depth edit. Adobe Premiere Clip is a free App.

I supply project footage from the Maldives that will include some exciting 4K footage (Aerial, Gopro, slow motion 4K mirrorless footage) for you to practice.

Hope to see you in there! 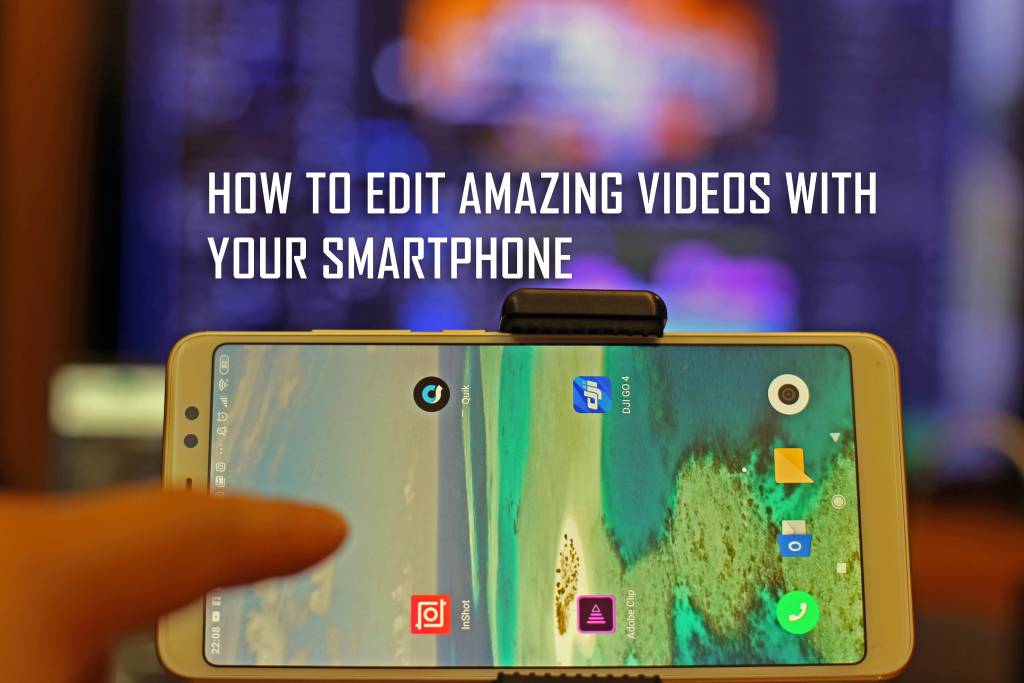 What is Adobe Spark and Why should you use it?

How to Change the Virtual Background on Zoom – Photo & Video