In short I think the Rode Wireless go mics are a good portable microphone with good audio for the price. With the increase of vlogging and any time of video that requires talking the demand for wireless audio has increased. In the past decade this market has been dominated by the wireless lavalier microphones from Sennheiser and Rode’s Wireless Film-maker hit. I’ve personally used the Sennheiser set for paid video shoots in the past. 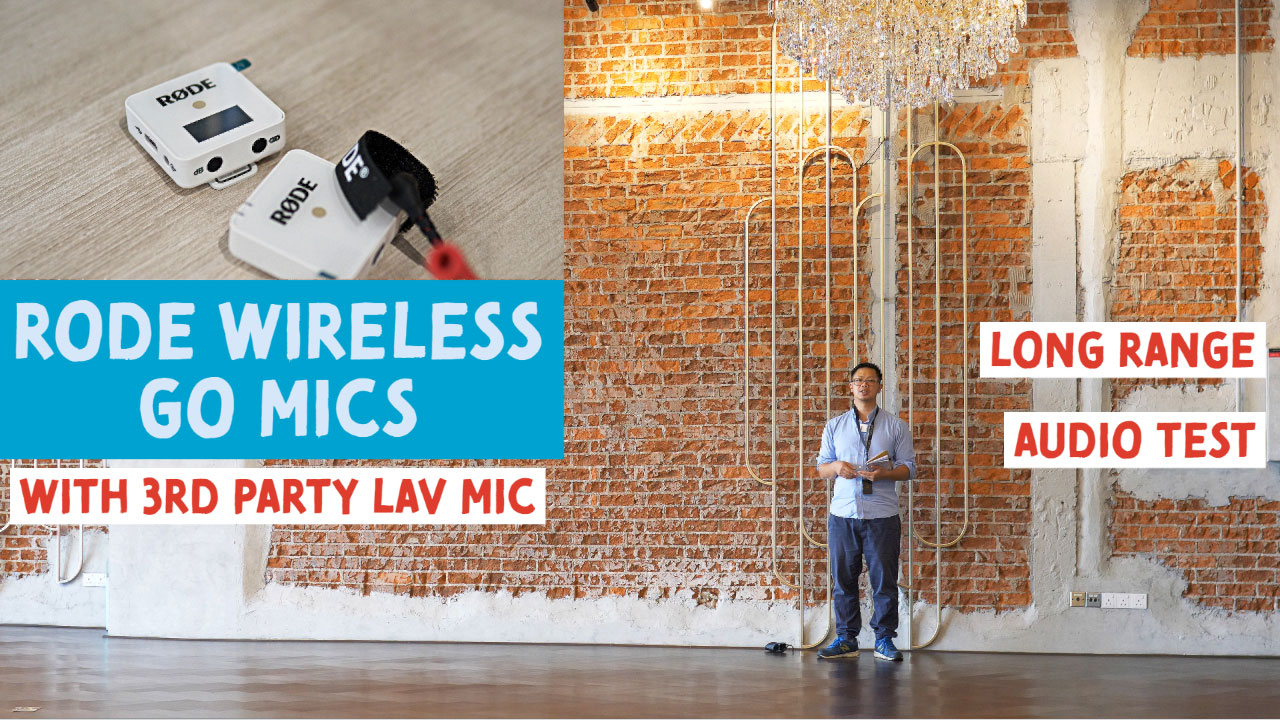 Two years ago I paid just above $200 US for a paid Saramonic Lavalier Microphones which I was happy with. It has an upgrade path to a 2nd transmitter without a second receiver the review is there. The reason I didn’t bring that set to Canada is that the package was too bulky and delicate.

This is where the Rode Wireless Go Microphones enter the picture. They are a paid of wireless and minimalist wireless microphones made to work with camera’s with a transition stereo pin like on the Panasonic GH5 and a Canon SLR.

It comes with a built-in microphone, which I think is fine for youtube. If you want to enhance the audio further you can plug-in a shotgun mic or a lavalier mic from Rode or a 3rd party (Boya). I will leave you to watch the videos and put on some headphones to get my opinion on the audio quality. I tested the mics in a large event room with minimal obstructions between the transmitter and the receiver.

I think these are a great product for portability and getting great audio for documentaries, youtube videos, or vlogging.