Phantom 3 vs Phantom 4: Why the Phantom 3 is a good buy

For those of you who are planning to buy a drone and are debating between the 2 drones I’m going to take the stance of recommending why the Phantom 3 is a good buy. Read on and watch the video to find out more 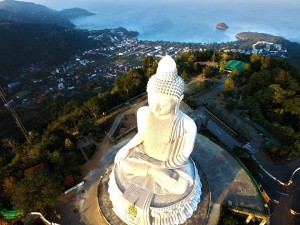 3.You don’t need collision avoidance if you learn how to fly and fly safely

This is a new feature just on the Phantom 4 where the front camera’s will sense if there is an obstacle in front of it and avoid it. This is a nice feature, but the these sensors are not available on the side, back, and top where the drone is also likely to hit an object. If you focus on developing basic flying skills and don’t fly recklessly you don’t need this feature.

4.You don’t need to fly 1 m/s faster to get great footage

I usually fly my Phantom 3  Pro within the 4 m/s – 8 m/s speed range to film footage even though it can go up to 16 m/s. Although the Phantom 4 can fly at 20 m/s in sports mode I can’t see this being practical for filming, but perhaps if you want to fly faster than your Phantom friend this feature is for you.

My Phuket Thailand Aerial Video shot with the Phantom 3 Pro